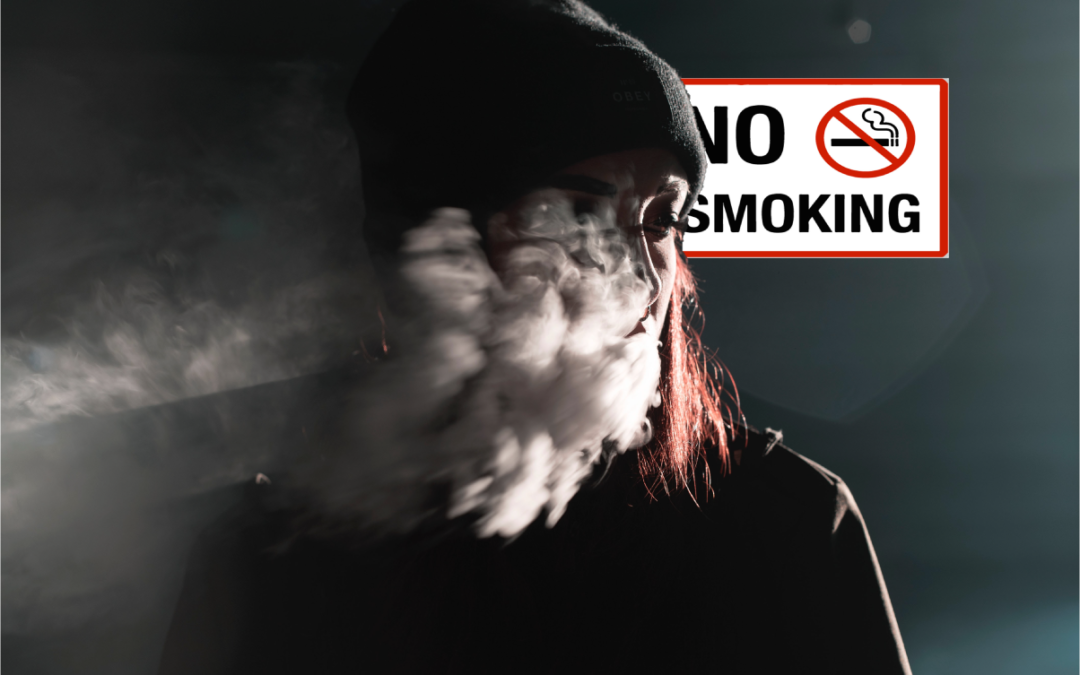 It seems that some Keefe employees don’t adhere to the smoking policy at Perryville. We’ve had numerous complaints about a Keefe “white shirt”, Ms. Lorry, who constantly smokes directly in front of the kitchen door. This behavior is especially problematic for non-smokers with asthma, as they have to endure the smoke to get into the chow hall.

One asthmatic complained to Sgt. Goldberg who did his due diligence by warning Ms. Lorry to smoke in the smoking section. She has, by these women’s accounts, ignored this directive.

Inmates: “Anything Goes on Lumley”

Dateline Lumley Unit: Numerous women wrote in with very similar stories about Lumley’s lawless behavior. Residents complain about out-of-control smoking; in line to the store, to the chow hall, in the chow hall, on the runs, in the rooms – everywhere! They say there is “no such thing as a non-smoking area.”

Rampant illegal tattooing is taking place while the guards look away. On 9-5-19 Lumley had a “shake” (inspection) and before they were through the first wing, the supervisors had a notebook full of 27 names of people with new tattoos, and a box full of colored inks and tattoo paraphernalia. We don’t know how much they found by the end of the shake.

One inmate recently transferred out of an “overflow room” on “A” yard. She describes a room with no bunk, one dirty mattress on the floor, used tampons and filth littering the area, and an overflowing busted toilet. These rooms are obviously not cleaned between occupants.

Sounds like the Deputy Warden needs to “clean up” this unit in more ways than one!

A woman about 70-years old wrote to this website to describe her struggle against second-hand smoke at Perryville. “In 2017 I submitted a grievance against staff smoking out-of-area and in the non-smoking sections of Santa Maria. I had a list of 15 names of officers who completely disregard the policy on smoking, where they were, the time of day, and the camera angles. Within 10 hours of turning in that grievance, I was on the next bus to Santa Cruz unit. The Captain saw me off, shook my hand and told me he was sorry I was retaliated against.

I was happy on Santa Cruz but encountered the same blatant disregard for non-smokers as I had endured on Maria. I compiled yet another list of staff smoking in my face and in front of sick patients at the medical unit. This time I had an audience with the two COIVs on Cruz about my asthma and why this is a serious problem. After all, if the staff can’t follow the law, how can we expect the inmates to do so. They decided I was too much trouble and put me in a van back to Santa Maria.

The message is: “Shut up about tobacco or we’ll transfer you to Lumley or a detention unit!”

"Conclusions Smoking contributes to substantial mortality in prison, and prison tobacco control policies are associated with reduced mortality. These findings suggest that smoking bans have health benefits for people in prison, despite the limits they impose on...

"Smoking/vaping is prohibited within 20 feet from any building. Smoking/vaping outside is prohibited in any area which may subject normal traffic to second-hand smoke or may result in drifting smoke entering into buildings through entrances, windows and ventilating...