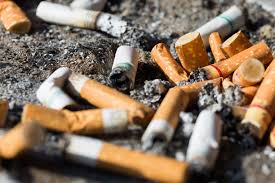 A guard stationed at complex escorted a patient to Santa Cruz Medical. He stepped one foot out of Medical and promptly lit up his cigarette in front of other patients waiting outside.

Several of us are asthmatics and told the guard to go someplace else, as this was a non-smoking area. He was rude and insulting and continued smoking in front of us. We were forced to take shelter inside to avoid suffering an asthma attack.

The other (female) guard at the medical desk refused to ask him to stop smoking. As he left Santa Cruz, he pointed his cigarette at us like a gun – his meaning was clear.