True Story of Deceased Inmate from Santa Maria – by C.L.M. 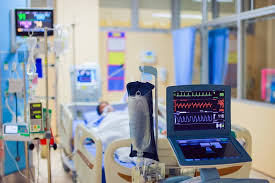 I was K.T.s neighbor. We’d lived next door to each other for two years became friends. K.T. was 62 years old, walked with a cane, but was otherwise healthy.

We first thought she had come down with the flu, but her coughing and respiratory distress lingered for weeks. All the Corizon medical staff would recommend to her during her repeated sick calls was their favorite magic bullet, “Drink more water.”

I increased the frequency of my visits to her to check on her breathing. One day, she had vomited all over herself and was so sick she just lay on her back without moving. I got the attention of a guard and told him “Go in there and turn her head sideways so she doesn’t aspirate the vomit into her lungs.” He stared at me for a moment and then asked: “What does aspirate mean?” He didn’t do anything.

To shorten my narrative, K.T. was ignored by staff and medical for another week. Finally, when she was unresponsive, they took her by ambulance to the hospital. According to the people who work up front, the hospital phoned back and asked: “Why did you wait so long. She is in critical condition and in ICU.”

K..T never woke up. Her soul flew free after a week in a coma.